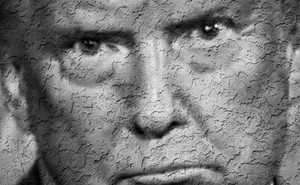 Guest Post by OHMama Trump is over. He might have been on our side, or he might have been controlled opposition, I neither know nor care. All I know is he asked for the job and we gave it to him. H…

TRUMP FAILED
Guest Post by OHMama
[Cowards Are Destroying the GOP - The Atlantic]
Trump is over. He might have been on our side, or he might have been controlled opposition, I neither know nor care. All I know is he asked for the job and we gave it to him. He exhibited dreadful character judgement/ risk assessment, he’s full of himself, and worst of all, he was weak when dealing with brutal enemies. All disqualifying points for future leadership. I don’t hate the man. It’s not personal, it’s business.
When more than anything else we needed a tough talking, nerves of steel leader who didn’t give an inch, Trump was weak. Weakness is fatal. Stop following it. If he starts a new party, don’t join. If he starts a news network, don’t watch. He is narcissistic and possibly in on the entire corrupt mess. He is stigmatized deadwood at this point, let him get consumed. Somebody smarter, tougher, and stronger will arise.
Q is a joke. Anybody following it needs to get their head out of their rump, and if they refuse to, the rest of us need to shun them just as we need to ditch Trump. Q supporters still clinging to baseless hope at this late hour are a liability going forward because they are dangerously naïve and gullible. We cannot afford that. For 4 precious years we were distracted with people saying “its 4D chess” to excuse every single one of Trump’s self-sabotaging, self-serving, or boneheaded moves.
Heaven only knows how much ground that lost us. Q supporters: you were duped. Admit it and move on. Q was clearly created to distract and disorient people, and it worked. Hat tip to the malevolent mindbenders who spawned it, you did a bang-up job. You led millions of honest, decent people astray and preyed on their legitimate desire for justice. I hope karma finds you and gives you what you deserve good and hard.
What do we need to do now? We need higher standards and we need to hold people accountable. When Trump called Hillary “good people” he should have gotten REAMED by his base for it. But we put up with it. That set the tone for the next 4 years, and look where it got us. None of these people EVER feels the wrath of those that they betray. We just keep kissing their ass. It’s disgusting and it needs to stop. If we elect someone and they do ANYTHING even remotely Swampy, then they need a full, immediate, visible and loud withdrawal of support. We can do cancel culture too.
We need to dump the GOP en masse. It has done nothing but let us down. Go tomorrow and change your registration to Independent. The argument is always made that if you stay as registered GOP, at least you can primary people. Really? After that debacle of an election we just had, you think that your puny vote is going to get in the way of them putting in a cherished swamper? If you do, then please get in touch, I have Nevada oceanfront property with your name on it just waiting for you.
There are other ways to primary people, like making their lives an obnoxious hell so that they leave of their own volition. Shout their dirt from the rooftops and call out their hypocrisy. Barrage them with phone calls, inundate them with letters. Yell at them if they dare appear in public. Put a sign on your lawn calling them out. Make it known to any business that endorses or donates to them that you are no longer a customer. Badmouth them to everyone you know. STOP. BEING. NICE. Be loud, but peaceful.
Right now conservatives are like a long-suffering schlub with a shamelessly philandering partner. Do you really want to stick around and contract one of the disgusting STDs it’s collected wallowing in filth? It’s a faithless whore, kick it out of your bed. Hang up on them when they call. Don’t donate. Don’t stump for them. Make them a pariah.
We must abandon choosing the lesser of two evils. It hasn’t worked and won’t work. Either it is wholly good, or it isn’t worth our time or effort. Have some pride in your good name and stop putting it on the line for treacherous weasels.
If they no longer have any visible popular support, the big donors that prop up these traitors will ditch them too. Their only purpose is to keep us distracted and lull us into complacency. If their efforts are no longer effective, then no one will bother in investing in them and they will shrivel up and blow away like the empty husks they are. Serves them right, the spineless wretches.
We’d also be wise to reach out to the Bernie Bros and other disenfranchised Dems and try to find common ground. We might not agree on the solutions to our country’s problems, but we all agree on the rotten nature of the system. The enemy of my enemy is my (temporary at least) friend. We have more in common than we think, and we might be able to help them blow up the Dem party as the Republican party has been blown up.
This entire system requires a false right/left dichotomy to work. If we willfully pull the plug on half of it, the entire thing goes. No more illusion of democracy, no more fake freedom. Why wait for them to completely pull up Zappa’s theater curtain? We can do it ourselves, on our terms.
Time to rip off the mask off the hideous face of the zombie monster running the show and let the light shine on it. 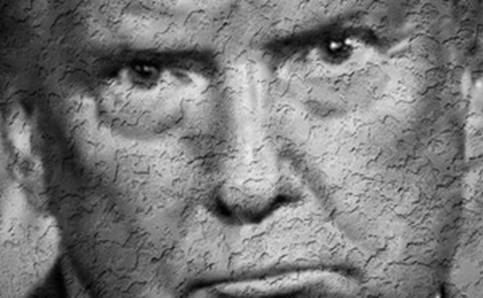