As best I can tell, the LPC's recommendations match how I will be voting, including being uncertain about Prop. 25. What was the Executive Committee's discussion and thinking on that one?

From what I recall, while the idea was interesting (replainc cash bail with
risk assessment), the concern was that non-elected bureaucrats might
arbitrarily determine who gets to go and who to stay. And that that was a
greater risk than the proposal itself, which had support.

Here is one opinion against Prop 25: 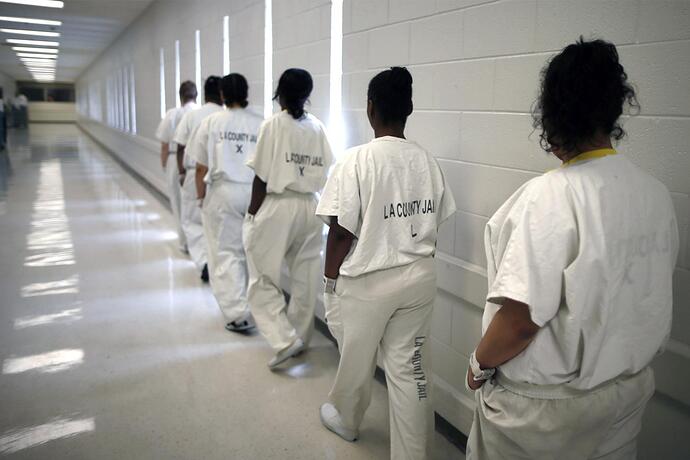 US: Californians Should Reject Proposition 25

If I remember correctly, Greg was the lawyer on the major case trying to preserve bail as an option. Their argument was something like:

“‘Bail’ gives an alternative to staying in jail while waiting for trial. Those that are poor can bring in their family to guarantee bonds from the bail bond lenders. Judges already have the ability to give other options in lieu of bail. Without bail as an option, more people will be staying in jail before their trial.”

The facts of the case were absurd. Something like, the plaintiff was free on bail, but thought it was unfair and wanted to get rid of the system. There was extensive evidence showing poor people benefit from the bail bonds industry, or something like that.

Greg could add more info, if he wants!

I was counsel for the bail industry in the Buffin case in the northern district of California in which the plaintiffs (a couple of women who were actually released pre-trial, and one of whom made use of the bail process to secure her release) challenged San Francisco's bail schedule regime as being unconstitutional because it supposedly allowed the wealthy to post bail, but not the poor. We defended the constitutionality of the bail system (not the bail amounts set by the court, which are somewhat arbitrary); the City and State did not defend bail. The district court ultimately ruled against us on summary judgment (no trial) in what I believe to be a very bad ruling for liberty.

My thoughts on the issue:

1) people should not be imprisoned prior to being convicted unless there is a very good reason for it. To that end, we should have as many pre-trial release options as possible;

3) logically, eliminating cash bail (I.e. foreclosing one option judges have for letting people out of jail pre-trial) can only increase pre-trial incarceration, it can't reduce it;

4) bail is extremely effective: money is fungible and race/sex/orientation/etc.-blind (I.e. if the bail schedule says $1,000 bail for petty theft, the criteria is neutral, and not dependent on the biases or whims of any particular judge); bail also involves not just the defendant but all those who posted bail (family, friends, bail bondsmen, etc.) in the process. As such, all the people with the most knowledge about the defendant are incentivized to get the defendant to show up for their court date. This effectiveness is important because if a judge thinks that non-bail options won't be enough to get the defendant to show up, the defendant will likely languish in jail until trial.

5) computerized risk assement systems leave a lot to be desired, and have been showed not to cure racial and other biases, but rather encodes those biases algorithmically. That said, the more options for release the better, IMO, so I still welcome it being incorporated.

In sum, I think bail is a very important pre-trial release option--indeed a right under the Califormian Constitution--that we ought to fight for. Sadly, I don't think this right will survive much longer in California.