(1) I was on KALW (a San Francisco based NPR affiliate at 91.7 on the FM dial) earlier this afternoon. The station’s interim executive director Ben Trefny was hosting a conversation about their programming and such, and I called in and managed to get on the air right away. I raised points about the need for more political balance (they air multiple left-leaning shows like Your Call, Tangents, and Counterspin), and how being a left-leaning station in an already left-leaning region like the SF Bay Area contributes to political polarization, which seems inappropriate for an entity receiving taxpayer funding. Also got in a nice plug for the Libertarian Party. Ben, who remembered personally meeting me and knows who I am, seemed very open and interested in hearing my point of view, inviting me to reach out to them via email for further conversation and even suggesting they might consider coming up with a new show to try to address some of these concerns! While I am not counting on that or viewing it as a done deal unless/until we actually see it happen, this still felt like a very positive development.

(2) I wrote some comments about the recent recall of the DA in response to an article by Nancy Rommelmann on her Substack blog, and she reached out and asked to publish them as a guest post, which is now online at Chesa Boudin Should Not Have Been Recalled: Guest Post

I found Nancy’s piece via an article on Reason.com, and she mentioned to me having worked with Matt Welch, as well as including a video she did with Reason at the link above, so I expect she is a “friendly” (i.e. libertarian herself), although this wasn’t obvious to me from her initial article. I hadn’t heard her name before and did not directly ask. But whether her pro-freedom perspective is what led her to publish my comments or she was simply being a good journalist in striving for balance and airing different views, I’ll take it!

Great work. I know it ain’t easy engaging with msmSnews ( I made big bucks working in the industry for 20+ years inside the Beltway Circus ) in any productive & meaningful fashion.

I hope KALW will soon feature You in a broad exahustive conversation about the SFLP’s anti-racism campaigns ( & anti-Bigotry — which must naturally include LNC Chair Angie McArdle’s & Your own SFLP Chair Chris “The Man with No Plan or Clue” Mendes’s BIGOTRY toward Human Nudists & Naturists — possibly rooted in their own latent animosity towards Religious leaders, practicing in Our peaceful loving 1st Amendment Freedom of Speech, who EMBRACE & SANCTIFY the HUMANISM of NUDISM & NATURISM ? ).

Will there be any SFLP presence in the upcoming 26 June Pride Parade or Festival Booths to help promote the party & principles among the LGBTQXs+ who are aware of the LP’s foundational principles on keeping #USgovt our of our bedrooms ( & purses ) OR NOT who otherwise are nonetheless squarely libertarian or simply -friendly, -leaning & -curious or -open minded ? Isn’t there plenty of cash in the SFLP warchest to fund a Booth & use it as a gathering place for regional Libertarians — & ¡¡MEDIA!! — attending & covering the festivities ?

When My own WABA.org hosted its first DC Pride Booth many years ago ( at My urging as Board VP ), it turned out to be one our our Biggest & most profitable ( selling branded gear ) non-cycling event efforts in WABA.org’s 40 year history. Does the SFLP have any fun branded t-shirts to sell or give away? I know the LP National in Alexandria VA used to give DC candidates & party leaders free t-shirts & banners simply to promote the party at public events ( though we were in the neighborhood, just across the Potomac River, & could pick them up so they could avoid expensive shipping.

Keep up the great Leadership!
— mARTy 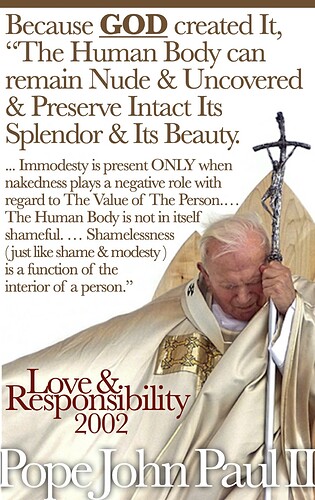 Every little bit is a step toward getting awareness into public minds. Good for you

Thank you and Marty for your appreciation of my efforts on these items!

Marty, I do wish you would be less vocally antagonistic toward other Libertarians like Chris and Angela. Criticize where you feel you must, but please try to make it constructive criticism and balance it with positive efforts to work with your colleagues and spread the libertarian message. We are all volunteers and (I hope) all here because we want to advance the cause of freedom. I feel you can be very quick to jump to the attack.

Part of the issue may be the tendency for people to be meaner-spirited when communicating online than in person. I encourage you to come to our meetings and give your input directly, especially since you don’t use the phone and can’t be reached that way. I feel our collective efforts would benefit from you and Chris sitting down and chatting with each other in a respectful manner.

Regarding actions you disagree with being made at the national level (and I hope you do try to distinguish between actual actions and mere perceptions which can be fed by the Internet rumor mill), it’s best to communicate your concerns to the national leadership. The LPSF has our work cut out for us just at the local level.

P.S. – Many Libertarians are passionate about particular libertarian issues, and I agree it can be frustrating when an issue you care about, like nudity, is treated dismissively. Libertarians should make every effort to avoid such dismissiveness in my opinion. I believe our party and movement are stronger when we affirmatively express solidarity with advocates of freedom even on issues that may be seen as “fringe” by most, because this way we can build a large, broad-based coalition. Certainly the right to go nude in public is a fundamental human right that is completely in accord with libertarianism.

But champions of single issues should also be cognizant of not unreasonably demanding that the entire party make their issue front-and-center, no matter how important it may be to them personally. A willingness to try to be objective in seeing where government is doing the most harm, inflicting the worst human rights abuses affecting the greatest numbers of people, etc., as well as recognizing different interests among different libertarians and not insisting all our colleagues elevate our own personal concerns to the top of their agendas, goes a long way.

As a sex worker, I could spend all my time and energy trying to push the issue of decriminalizing prostitution, which hits close to home for me, to the front of the Libertarian agenda, but I don’t do that. I think it would be divisive and accomplish little.