Maybe the topic for next year's public discussion.

A personal blog geared primarily to California state and local political issues -- especially economics. Compares CA with the other states.

San Fran spends over $40,000 PER PERSON per year on the homeless -- with zero improvement<http://riderrants.blogspot.com/2017/07/san-fran-spends-over-40000-per-person.html>
As an incredulous SAN FRANCISCO CHRONICLE article reported, over three years this liberal bastion has spent a huge amount of money on the reducing their epidemic of homelessness -- $821 MILLION total. That comes to to over FORTY THOUSAND DOLLARS on EACH homeless person ANNUALLY. 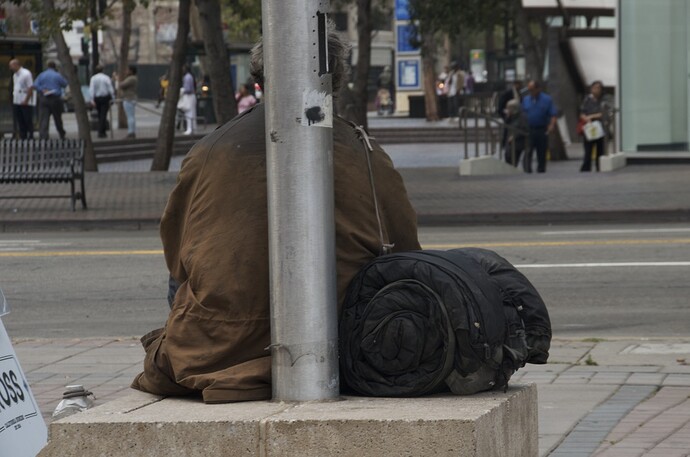 I had to read the story in the San Francisco Chronicle twice to let the facts sink in.  Over the last three years, The City has budgeted and spent $821 million in public funds on programs to address homelessness.  My thought, and also...

I had to read the story in the San Francisco Chronicle twice to let the facts sink in. Over the last three years, The City has budgeted and spent $821 million in public funds<https://www.pressreader.com/usa/san-francisco-chronicle/20170626/textview> on programs to address homelessness. My thought, and also the question posed by the piece, was that the problem must have surely improved. But the answer was no! "(D)espite all the money and effort, reality on the streets hasn't improved. In many ways, homelessness in San Francisco is as bad as ever," said the story. My God!
So, I decided to look a little deeper and ask the question, just how many homeless people live in San Francisco anyway? And the astonishing answer was also on the pages of the Chronicle, which has nobly established a "homeless" project to track, research and comment on programs serving the homeless and their degree of success. According to the newspaper, there are 6,686 homeless on the streets in San Francisco<http://projects.sfchronicle.com/sf-homeless/civic-disgrace/> pursuant to a point-in-time count conducted in January 2015. The newspaper calls city efforts to address the problem "a disgrace."
And that is an understatement! $821 million divided by 6,686 equals $122,793 per homeless person. If you divide that sum by 3 to account for three fiscal years of spending, the total is $40,931 per homeless person. In other words, just San Francisco (remember there are also federal and state programs that fund homelessness assistance) has been spending over $40,000 a year, for several years, on every homeless person in the city, and is not making any progress at all in helping to get this troubled community off the streets!
While San Francisco's liberal politicians are squandering huge sums of money on ineffective homelessness programs, and continuing to raise taxes by claiming deficits and rising needs, one thing is for certain. They are darn well NOT going to give in to that awful President Donald Trump and cooperate with federal authorities on enforcement of immigration laws against criminal illegal aliens like the one they released from jail, who famously murdered Kate Steinle with a stolen gun. Oh, and they aren't going to give up their lawsuit either to make sure they are paid the federal grants they say they are due for helping to enforce federal immigration laws, even though they won't help enforce those laws. Go figure.