During the Cold War, the US spent millions to bring schoolbooks to Afghani children. The books featured depictions of violence (people holding guns; “g” is for “gun” sorta stuff) to encourage jihad insurrection against the infidels (then the Soviets).

With so many awful stories coming from Afghanistan lately I’m reminded of one choice example:

“No one can invade our country. Only Muslim Afghans can rule over this country.” —The Alphabet of Jihad Literacy (US funded textbook).

Does anyone know if this decades-old “policy” decision to indoctrinate children in the ways of violence was reviewed in depth by Congress or the media? I’d like to think the people responsible were held to account… 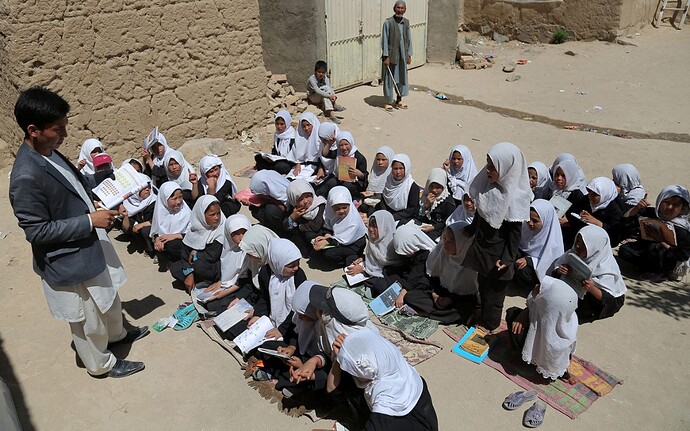 Amid debate about Western-funded education programs, Taliban still use anti-Russian texts funded by US