I look forward to seeing people at the meeting tomorrow. There’s a guest speaker, Vince Yuen from https://refuserefusesf.org/, who will speak about a monthly clean up event sponsored by the LPSF that would also be available to the public. He has another engagement that morning but should be able to attend. 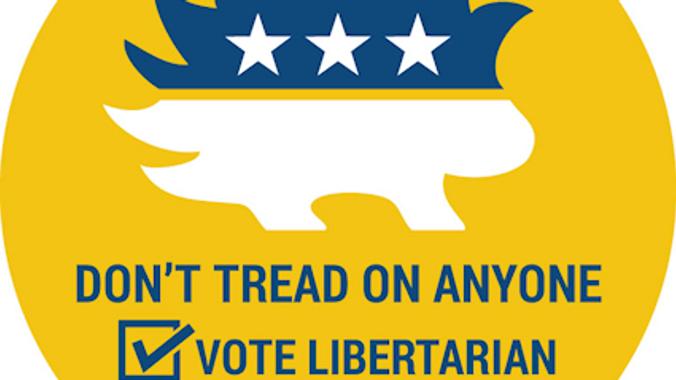 Sat, Apr 9, 3:00 PM PDT: The Libertarian Party of San Francisco (http://www.LPSF.org) meets on the 2nd Saturday each month, from 3-5pm. You can either join us in-person at the main library, or par

With regrets, unable to attend.

Regrets. I came in all the Way from the North Bay/San Pablo, but when I got close to the Library, the hordes of drug addicted and/or disheveled ( to put it kindly, though I’m sure some were decent upstanding folks just down on their luck ), I did not see 1 @SFPD/Popo walking the beat, amid the 200+ entry level ( previously/still homeless? costumed unskilled/unqualified ) “workers”(?) standing around pretending to keep the craziness in check; so, I did not “feel” comfortable parking even My cheapie US$1k new Fuji on the streets anywhere, so I bailed on the meeting.

Can someone recommend a good SAFE/SECURE place to park a Bicycle near the @SanFranciscoLP meetings so those who value face-to-face “meetings” can participate ?

I had intended to pitch that the @SanFranciscoLP at least ENDORSE the upcoming 23 April #WNBRsf2022 #2, the Northern Californian celebration of the International World Naked Bike Ride PROtest, taking place in most major cosmopolitan metropolises around the Globe this year in defiance of myriad govt tyrannies ( body•mask mandates, corporatism/cronyism with big oil/banksters/death inc cults/polluters etc etc ) which originally were some of the top International 20th Century ANTI-WAR demonstrations, back when folks were outraged that the #USgovt under “W” was audacious enough to sponsor two ( 2, dos, due, deux ) simultaneous bloody invasive illegal unconstitutional immoral fraudulent astronomically costly unGodly unChristian wars ( before they fell back asleep when “Christian” #OBOMBA double- triple- quadrupled- down to ramp things up to eight ( 8 ) simultaneous all out wars for the first time in US History.

The #WNBRsf2022 is also to let folks experience the JOY & FREEDOM & LIBERTY of being body•mask free, to enjoy the warm sunshine, absorb Vitamin D, & allow our skins to breathe normally properly ( à la ALL other wild, & most domesticated, critters on the Planet ) to promote our health; as well as any other personal campaigns that individuals or groups of riders might like to highlight themselves. I would hope that with Jeff Younes’ departure, another @SanFranciscoLP Officer would step up to demonstrate official support at least for our bodily integrity in the face of increased, unprecedented #USgovt protocols which violate our Natural & God Blessed Liberty & Rights at the very core. When #USgovt can dictate what You put into Your bodies & mandate what You wear over Your own face, what greater tyranny is left unexecuted?

The Holy Jewish/Christian prophet Isaiah, was the first documented Peacefully Nude PROtester who successfully “ended one empire & brought its leaders to their knees” — all by his little lonesome old Naked Self; it’s shouldn’t be that hard a lift for The @SanFranciscoLP to outdo Christ’s First Herald, under the proper leadership.

Nonetheless, ALL @SanFranciscoLP Officers, Members, friends, allies, curious, are welcome to join this #BareAsYouDare event — even if fully clothed ( body•masked ). For those who care to support the local SF economy of UNBIGOTED merchants, who treat ALL HUMANS, clothed or not, like valued patrons, we have a DRAFT list of those who will gladly serve You body•masked or not. Details attached.

11am Gathering
12pm Noon Start
Rincon “Cupid’s Arrow” Park, The Embarcadero & Folsom Street ( convenient to BART, MUNI bus & rail, & SF Transit Center … if not low cost automobile parking ). CalTran is 50% OFF ( subsidized by All Californians ) for the month of April, for those who reside further South.

The full #WNBRsf2022 #2 ROUTE will be announced the week prior to The Ride, but will be approximately 6 miles, from around the Embarcadero, through Market Street, passed City Hall, through Valencia Street to the Castro & or Haight; with an AfterParty in the Castro; with a later caravan back to The Embarcadero for those with vehicles parked down there ). 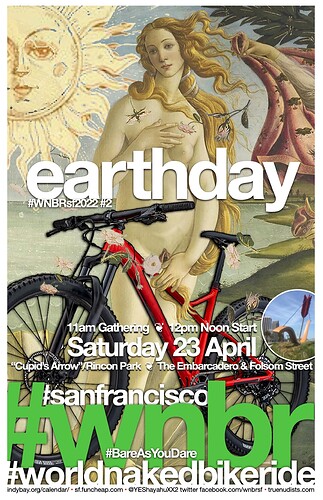 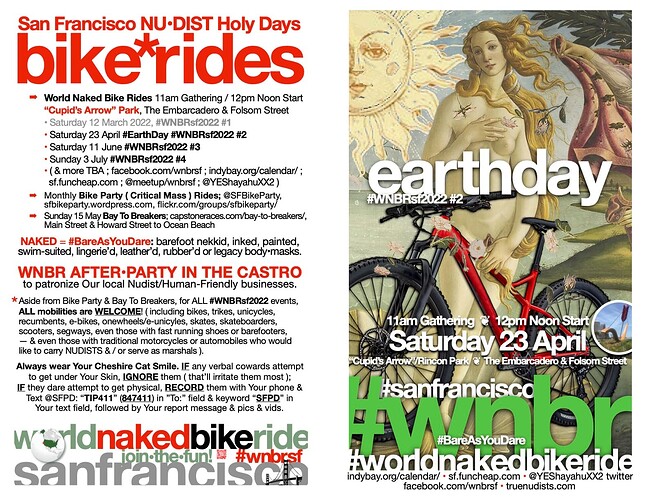 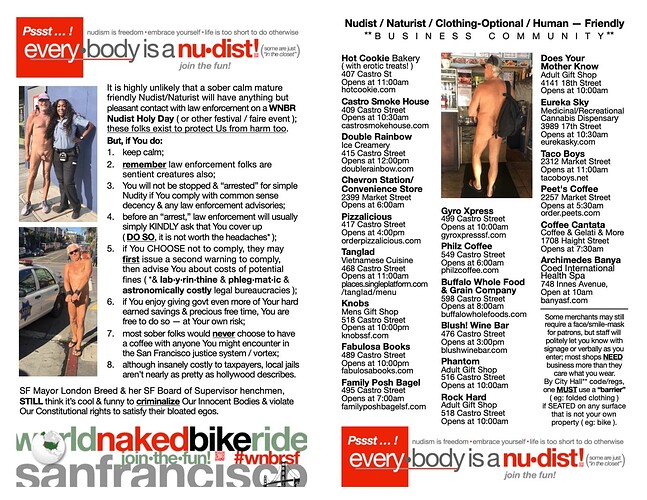 My email has still been somewhat disorganized/dysfunctional, and I’m just seeing some messages here on the LPSF Forum website that I did not see at the time they were sent.

I’m very sorry you came all the way from the North Bay to attend, but did not feel comfortable doing so! There are bicycle racks right in front of the main library that I think are fairly safe, at least when the library is open, even though there are lots of (generally harmless) homeless in the area. People are constantly going in and out of the entrance and I sometimes see library security folks outside too, so I think the odds of a bicycle being stolen from there are fairly low. If this still feels too risky, you might inquire with the library about more secure parking – they may have some other option to recommend that I don’t know about.

Thank you anyway for trying to join us; hopefully you’ll be able to do so next time. Feel free to let us know if you have any other suggestions for meeting locations or arrangements.

I see also that you posted about upcoming nude bike rides happening, and that there was one earlier on the day of our meeting. Is there a fixed route for these? I see noon listed as the start time for these – do they have the same fixed route, and how long do they last? Are people actively protesting as well, or is it strictly social? Have participants been hassled by the SFPD? (Nudity is sadly criminalized in SF except for certain events, an exemption that probably requires jumping through various government hoops.) I’d be interested to hear more about this.

Marty here ( Bare’s with me in spirit as a leader for this event which I’ll give an updated separate simple updated post/announcement for ).

Full Body/Frontal Nudity is NOT illegal during numerous seasonal/annual/historic events throughout the year in San Francisco.

, thankfully ( See attachments ). There are a lot folks perpetuating misinformation out there that undermines the truth, liberty, freedom & progress & harms local businesses owners who do not discriminate between Nudists & closeted nudists but happily serve & take Nudists’ $$$ which, diminished in value as they are, remain equal in value to those from any closeted-nudist. Even most friendly ( Castro & Haight mainly ) Popo @SFPD hate even responding to vicious cowardly bigoted harassing complaints by those who have no legal or ethical legs to stand on regarding the exercise of our local Liberty & Rights ( per My hero Jake at the FFF )

The #WNBRsf2022 #EarthDay 12pm/Noon Start, Saturday 23 April, Rincon “Cupid’s Arrow” Park, The Embarcadero & Folsom Street — is a fun parade / protest / “celebration” ( of at least minimal liberties we have left ) as a part of the global internationally renown #WNBR events taking place in cosmopolitan & capital cities around the World this year. None of the

USA:us: are technically “legal,” few if any obtain city permits but rely on cover from the #BillOfRights & stand firmly on the #1stAmendement & critical masses that obtain more protection & traffic enforcement/marshaling from local Popo than any specious tyrannical suppression.

There will be a few more #BareAsYouDare #WNBRsf2022 parade•protest•celebrations this year which SF, Bay Area, & Northern California Libertarians, have in the past, & are free & welcome to #JoinTheFun! — with full body•masks or not in the spirit of jewish/christian prophet #IsaiahXX2.

If any Libertarian believes that the #USgovt has any authority in criminalizing our peaceful behavior or God-Blessed Pro•Creative/JOY organs, … … Well, I have a couple pieces of paper archived in the #USgovt National Archives I’d like to hear them read aloud for themselves. 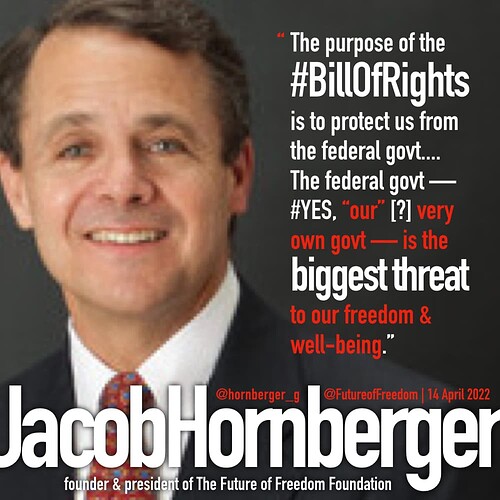 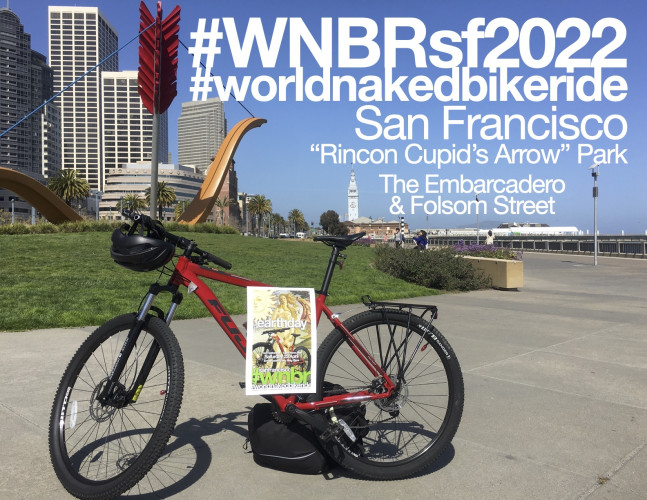 DRAFT MAP: Final Route to be published in the next couple days. 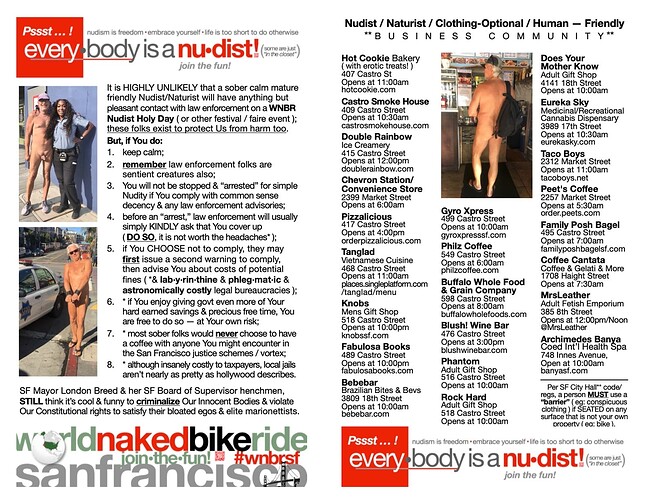