A Dog Is Re-Elected Mayor for a Third Term, Proving Politicians Are Useless 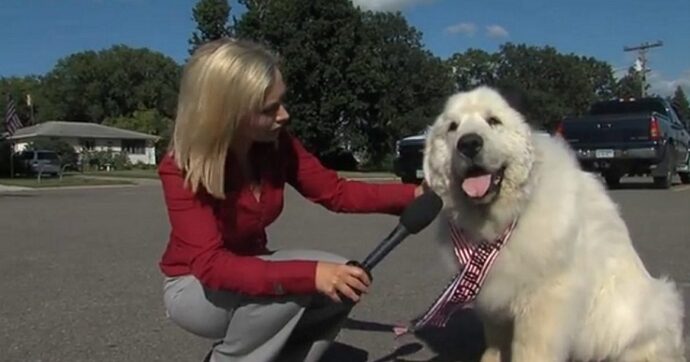 A Dog Is Re-Elected Mayor for a Third Term, Proving Politicians Are Useless -...

Carey Wedler | ANTIMEDIA As millions of Americans struggle to decide whether to elect a volatile narcissist or a calculated warmongering criminal as their next leader, one Minnesota town is doing politics right — they just re-elected a dog to his...

As millions of Americans struggle to decide whether to elect a volatile narcissist or a calculated warmongering criminal as their next leader, one Minnesota town is doing politics right - they just re-elected a dog to his third term as mayor<http://www.dcclothesline.com/2016/08/09/if-our-mayors-are-this-corrupt-what-is-the-rest-of-the-population-like-behind-closed-doors/>.

Duke, a nine-year-old Great Pyrenees, was first elected<http://minnesota.cbslocal.com/2014/08/16/duke-the-dog-to-be-sworn-in-as-mayor-of-cormorant-minn/> mayor of Cormorant, Minnesota in 2014. The first time he won, it was by accident. The small town of just over 1,000 people held an election in which residents could pay $1 to vote. Duke won the race with twelve write-in votes and was treated to an official inauguration.

The town's voters were evidently happy with the 2014 fluke. Duke has been re-elected twice<http://minnesota.cbslocal.com/2016/08/23/duke-dog-mayor-cormorant/>, most recently at the end of August.

His main role has been to promote a sense of community in the township. He was recently featured<http://www.cormoranttownship.org/vertical/sites/{DBF87753-90BA-4E80-83C3-D4CF62917163}/uploads/Summer_2016_Newsletter(1).pdf> in a series of billboards promoting Cormorant.

"I don't know who would run against him, because he's done such great things for the community," Karen Nelson, a resident of Cormorant told<http://www.wday.com/news/4098641-mutt-turns-mayor-small-town-minnesota> local ABC affiliate WDAY, before the election.

"Everybody voted for Duke, except for one vote for his girlfriend, Lassie," Duke's owner David Rick said after Duke won.

Though Duke's re-election is particularly comical in an election year rife with unpopular candidates and marred by animosity, derision, and deceit, the town's decision to elect and keep a dog in office has profound implications.

Though over 1,000 people live in Cormorant, only twelve decided to elect Duke in 2014. Similarly, Anti-Media recently explained<http://theantimedia.org/new-york-times-elections-illegitimate/> that only 9 percent of the voting public chose either Trump or Clinton in the primary elections this year.

This is an ongoing pattern:

"In the 2012 election, President Obama was elected with 51.1 percent of the popular vote, compared to 47.2 for Mitt Romney. But only 57.5 percent of the voting population cast their ballots, meaning President Obama still only secured the votes of 29 percent<http://bipartisanpolicy.org/library/2012-voter-turnout/> of voters."

More important, Cormorant demonstrates that a non-human can run a town of over one thousand people without the community deteriorating into chaos. While humans support Duke's administration, the fact the town has continued to function and thrive with a dog in a position of leadership highlights just how little guidance humans actually need - especially considering how consistently politicians have flagrantly ignored the concerns and well-being of their constituents.

Though politicians and the media repeatedly paint the picture that the nation's fate hangs in the balance of any given election, Duke's success provides a valuable counter-narrative. And though a small town of 1,000 people is hardly a sufficient anecdote to debunk centuries worth of American "democracy," Duke's case is far from the only one.

If individuals can govern themselves at the local level, who's to say they wouldn't survive without a leader at the top of the political hierarchy? People across the country are already taking it upon themselves to better their communities without the help of government and their 'leaders.' Between using apps that distribute food to the homeless<http://theantimedia.org/new-app-is-helping-feed-hundreds-of-thousands-of-homeless-people/>, establishing community gardens<http://garden.org/learn/articles/view/3819/> and wifi<https://www.washingtonpost.com/lifestyle/style/community-wifi-its-a-digital-day-for-the-neighborhood/2012/03/29/gIQAMIYZlS_story.html>, and taking it upon themselves<http://www.cnn.com/2009/US/04/09/hawaii.volunteers.repair/index.html?iref=topnews> to pick up their governments' slack<http://theantimedia.org/cops-activist-stop-cleaning-neighborhood-trash/>, Americans are learning to rely on themselves rather than their leaders, proving that without government, people make the world go 'round.